Roofers: They're Number One

Metal roofs are ideal for homes since they are so durable and don't need a lot of repairs. However, if your metal roof is made of steel, even if it's galvanized steel, rust is always a threat. It's important to inspect your metal roof regularly to watch for rust, and when rust is found, you want to repair it promptly. Here are things to know about metal roofs, rust, and roof repair.

Some Metal Roofs Are Made To Rust

If you happen to love the appearance of a rusted metal roof, then you'll want to buy metal roofing that's designed to rust for aesthetic reasons. The top layer of the roof rusts, but the rust can't eat all the way through the metal to cause a roof leak.

These metal roofs aren't as common as metal roofing that's coated to prevent all rust. These are coated with zinc, aluminum, or some other material that prevents rust as long as the coating is intact. The only time rust is an instant and serious threat is when you install bare steel that has no protective coating.

Even Coated Steel Can Rust

If the coating is scratched or scuffed, rain can reach the bare metal and cause rust. Rust might also develop along edges where cuts were made during the installation process. The areas around fasteners are also prone to rust development, so these areas need to be checked regularly so rust can be removed if it develops.

Scratches Should Be Filled In

When a roof repair contractor checks your metal roof for damage, they should fill in tiny areas of damage so rust doesn't develop. This could entail filling in scratches and scuffs from storm damage. By putting a coating over the scratch before rust develops, the bare metal will be covered and protected so rust won't form.

Rust Should Be Removed

Removing rust is a metal roof repair you want to keep up with. Rust spreads, so removing it early protects your roof from escalating damage. Your roofing contractor might use a rust-removing product, a steel brush, or a sander to remove the rust. Once it's gone, the area has to be primed, painted, and coated to keep the rust from coming back.

Depending on the type of metal roof you have installed, you may never have an issue with rust. However, since rust is always a possibility when you have a steel roof, it's a good idea to inspect your roof regularly so you can catch rust as soon as it starts developing. If you wait too long to remove it, the rust could eat through your roof and allow rain to leak into your house. 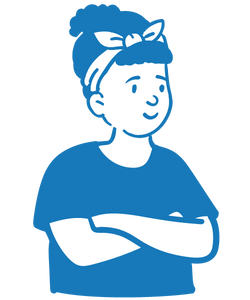 Who is number one on your list? We have to say that roofers are number one on our list. Would you expect anything else from people who write a blog about roofers? Probably not, but allow us to explain a bit more. While we have appreciation for a lot of different professions, we have really come to appreciate the balance of skills that roofers must hold. They need to know how to work with their hands. At the same time, they also need a lot of technical knowledge, and they need to be able to make some pretty involved mathematical calculations, too. Thank you, roofers.